Marijuana in the United States is now broadly legal in some form in 30 states and the District of Columbia.

However, Attorney General Jefferson Beauregard Sessions III has emphasized the continued illicit status of the drug at the federal level, and has threatened to pursue any means necessary to curtail the legalization movement. Despite the rhetoric from Sessions, the nation’s top law enforcement officer, states and municipalities have continued to roll out regulatory regimes in response to the burgeoning legal market, and have continued to cash in on potential tax revenue generated by the new industry.

Within this patchwork paradigm of reform, where the law varies from jurisdiction to jurisdiction, the intersection of drug policy and immigration is often ignored—although it presents a complicated and, as many immigration advocates argue, unjust situation.

Currently, a U.S. citizen of any state may legally purchase, possess, and consume marijuana in a legal state like Colorado and California, but an immigrant of ANY status is forbidden from doing so. Since immigration law is under the purview of the federal government, and marijuana is still illegal under federal drug laws, combined, both factors prevent anyone who is not a U.S. citizen from enjoying the liberalization of state and local drug laws, including any employment or investment opportunities that are available in the marijuana industry. Although local and state police in marijuana-legal states cannot charge immigrants, with repealed marijuana criminal statutes, any record or evidence of marijuana possession or use by an immigrant may create a sufficient basis to begin deportation proceedings, and may also include a five- to ten-year ban from returning to the United States. These laws, as always, disproportionately affect Black and brown people and other people of color, especially Latinx immigrants.

There has been some progress in legalized jurisdictions—for instance, in Seattle, Washington. Pete Holmes, the City Attorney of Seattle, initiated a policy to vacate any marijuana convictions an immigrant may have, to help prevent immigrants from being penalized for marijuana use and possession. Despite the fact that marijuana-related convictions for immigrants will be vacated, however, does not mean that they cannot still be used as a valid basis for initiating deportation proceedings under immigration law. The new policy would require the determination that there was no valid basis for the original convictions, and therefore would render them moot under immigration law as well.

By initiating a pro-immigrant policy at a local jurisdictional level, Seattle is able to head off immigration enforcement that would otherwise punish a non-citizen for the same legal action as a U.S. citizen. The checks and balances of a federalist system can protect a vulnerable segment of society. Federal policy can and should be undermined by local control. The discussions surrounding “sanctuary cities"—municipalities that refuse to use local resources to enforce immigration law—should include discourse about drug policy and how it is used as a backdoor by abusive federal agencies in pursuing immigrants, who are mostly people of color and Latinxs.

Those in and out of the drug policy world have decried this situation as unfair and insulting—many immigrants to the United States are fleeing narco-violence back home, in countries like Mexico and El Salvador, caused in large part to the US military’s policies of interventionism and adventurism. Advocates for the legalization of marijuana say that reform is necessary to ease the pain and suffering inflicted by the war on drugs. Without a solution on a federal level, the victims of the drug war will continue to be shut out from the benefits of reform like employment in the marijuana industry or consumption of the plant for medically beneficial or recreational purposes.

If drug policy reform is to include protecting and helping the victims of the global "war on drugs," many of whom are from Latinx countries, then immigrants from the very countries devastated by narco-violence must and should be the focus of any national discussion on drug policy reform. 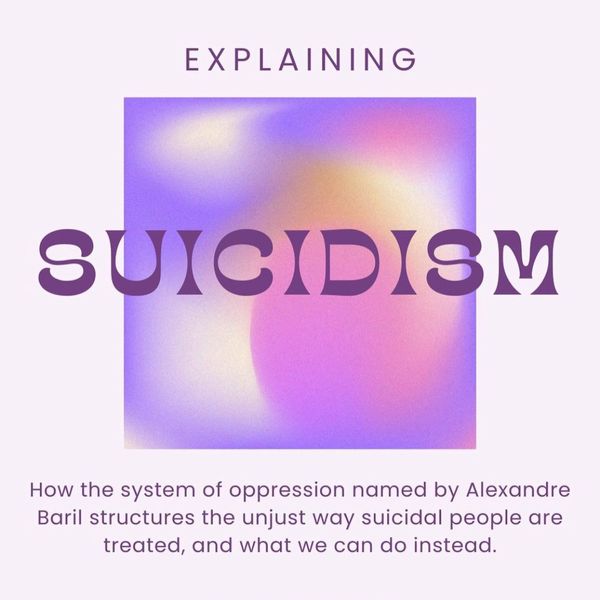 How the system of oppression named by Alexandre Baril structures the unjust way suicidal people are treated, and what we can do instead. 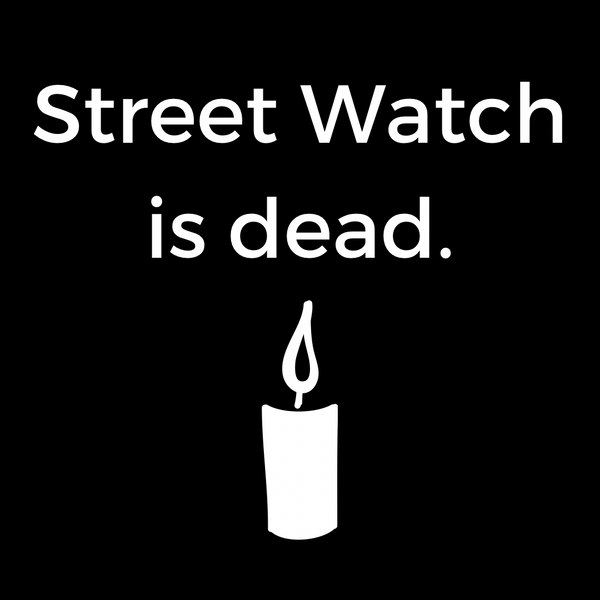 Members of DSA-LA, with support from members of LA CAN, have enacted a forced "pause" of Street Watch LA, after ongoing internal dissonance — as of August 21st, 2022.
As a majority white organization, working in solidarity with majority Black and Latinx folks, it is important to center and define our role in a manner that is cognizant of our place in society, the privileges that come with it, and what is most effective in pursuing liberation for ALL.